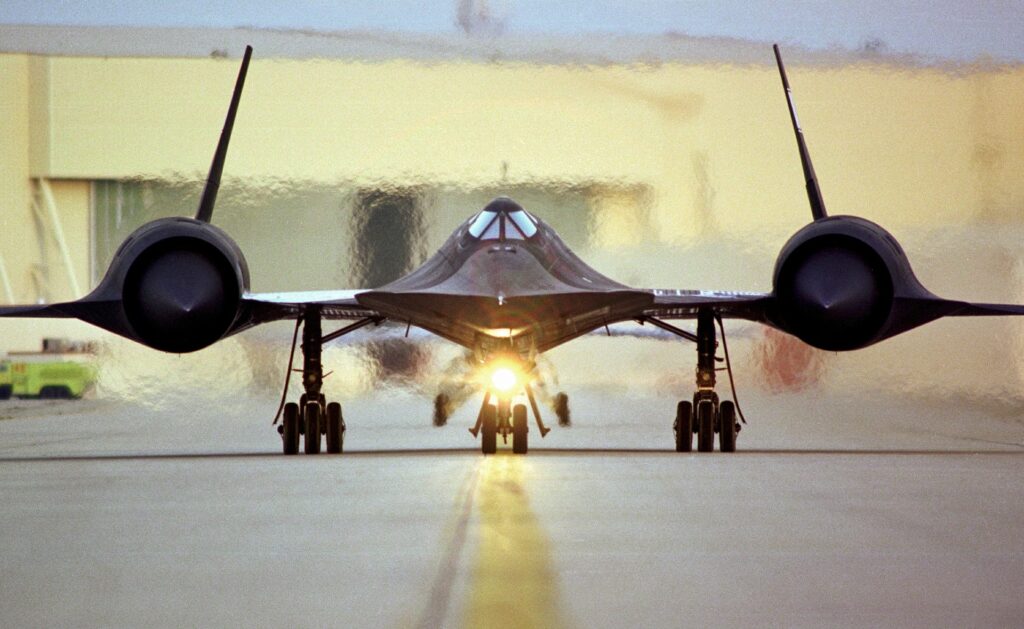 Speed, stealth and strength. These are the three words I would use to describe the great Lockheed SR-71 Blackbird! This classified aircraft was used for unique missions. It was first introduced in 1966 and was capable of traveling up to Mach 3.2 and reach an altitude of 85,000 feet. This is double the height of commercial aircraft today! Many would say the aircraft was “ahead of its time”. Lockheed was forced to invent, innovate and learn while building this aircraft. A lot of people today do not know amazing facts about the SR-71 Blackbird. Here are 10 great Lockheed SR-71 Blackbird facts!

1. Speed Potential Was Limited By Structure, Not Engines

The main problem with flying at supersonic speeds is experiencing high temperatures on the surface of the aircraft. Because of this, the speed was restricted up to Mach 3.2 due to the structural temperatures experienced at cruise. In fact, the pilots were able to increase the speed to Mach 3.3 if the engine temperature was not higher than 427 degrees Celsius. This part of the flight was called the heat barrier. This part of the flight had to be monitored by the crew to ensure the aircraft was not in danger of “overheating”.

The Blackbird has two turbojets afterburning Pratt & Whitney engines. These engines were what propelled the aircraft up to Mach 3.2. A bypass system allows for the aircraft to speed past Mach 2.0, thus making it act as a Ramjet engine. This is also where the fuel is the most efficient! Because of the structural temperature restrictions, the aircraft was not able to increase its speed. However, Lockheed conducted a study and found that the aircraft should have been able to reach Mach 3.5 for a brief moment. In fact, previous SR-71 pilot, Brian Shul, shared a story of him actually achieving Mach 3.5 over Libya! He successfully evaded an incoming missile while traveling faster than a bullet!

3. Inlet Spike Move Depending On Speed 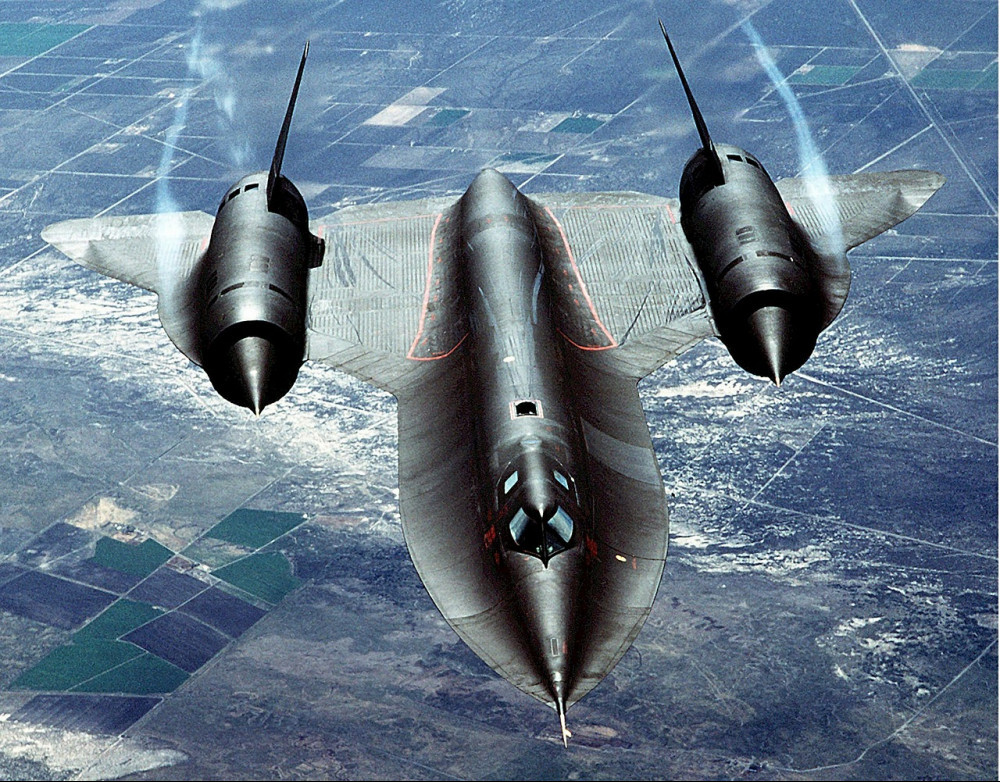 When the SR-71 Blackbird reaches supersonic speeds, the shock waves move away from the family of circular sound waves. This then leads to the creation of a Mach wave. The problem with traveling greater at Mach 1.0 is that jet engines can not compress air moving at such high speeds. This would mean the air entering the engine needs to be slow down in order for compression to occur. The pointy “needle” poking out the Blackbird’s engine is its spike. The angle of the first oblique Mach wave must be from the tip of the spike to the inlet lip(cowl). As the aircraft speeds up, the spike retracts. This prevents spillage drag from occurring. This was mainly controlled by an automated system, meaning the crew had little control over this.

4. Fuel Leaked Through The Body

The SR-71 flew so fast that friction from the air particles heated up the aircraft. When a metal is heated, it will expand. Because this was expected, the Blackbird was not completely sealed. It was purposely designed to have spaces in order to factor for the expansion at high temperatures. At cruise, no fuel leakage occurs because the titanium metal would expand. However, on the ground was a different story. It was expected for fuel to go through the body and reach the ground. This would have been a major issue if this was Jet-A fuel, but the SR-71 uses a different kind of fuel. 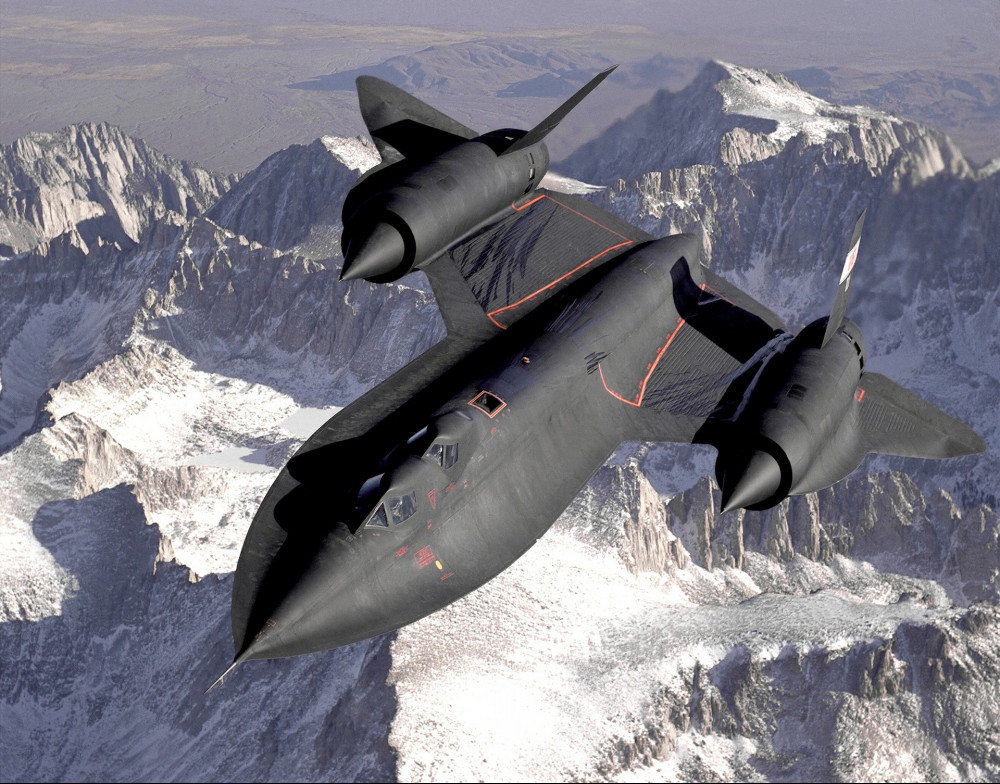 Because the aircraft fuel was designed to leak through the fuselage during normal operations, it could not have been highly flammable. The crew had to be protected so that they could not be in danger while working on the Blackbird. The fuel used on normal jet aircraft was flammable and if accidentally spilt on the runway, had the potential of catching on fire. This meant a fuel with a higher flash point needed to be developed. Thus began the creation of the JP-7 fuel. The fuel was not only harder to ignite, but had high thermal stability. High thermal stability was needed because of the incredible temperatures the aircraft were under during flight. It would not have been a good day if the fuel ignited because of the hot surfaces.

The Blackbird was built and used during the Cold War. They needed a lot of titanium and the US did not have the resources to make them at the time. This meant buying from other countries, especially the enemy. The US then decided to make fake companies to place orders of titanium. Where the companies were located and how much was bought were considered so that suspicion was not raised. The Soviet Union, for example, were used to purchase the metal. If they knew it was sent to the US for the construction of a supersonic spy plane, they would have not sold the metal.

Titanium was the best material at the time to be used for the SR-71. In fact, 93% of the blackbird was made up of titanium. Titanium was strong, but more importantly, light! This meant it had good specific strength. However, they are expensive to make and construct with. When construction titanium, dull tools are not good to work with. Because its stiffness is relatively low, tools can be damaged quickly if not careful. New drill bits and tools were created just for the SR-71. Some had to be made of titanium itself! Bolts and rivets were difficult to construct using titanium at that time. Titanium wires were incredibly hard to made back then. The process of making and successfully installing them was very expensive, especially when the aircraft was first being constructed. The titanium also reacted with elements such as chlorine, cadmium, iodine, mercury and more negatively. Only tools that were approved could have been used in construction and maintenance on the aircraft. Pencils and pens needed to be checked because they contain properties which can corrode the Blackbird!

8. The Aircraft Was Black Thanks To Kirchhoff Law Of Radiation 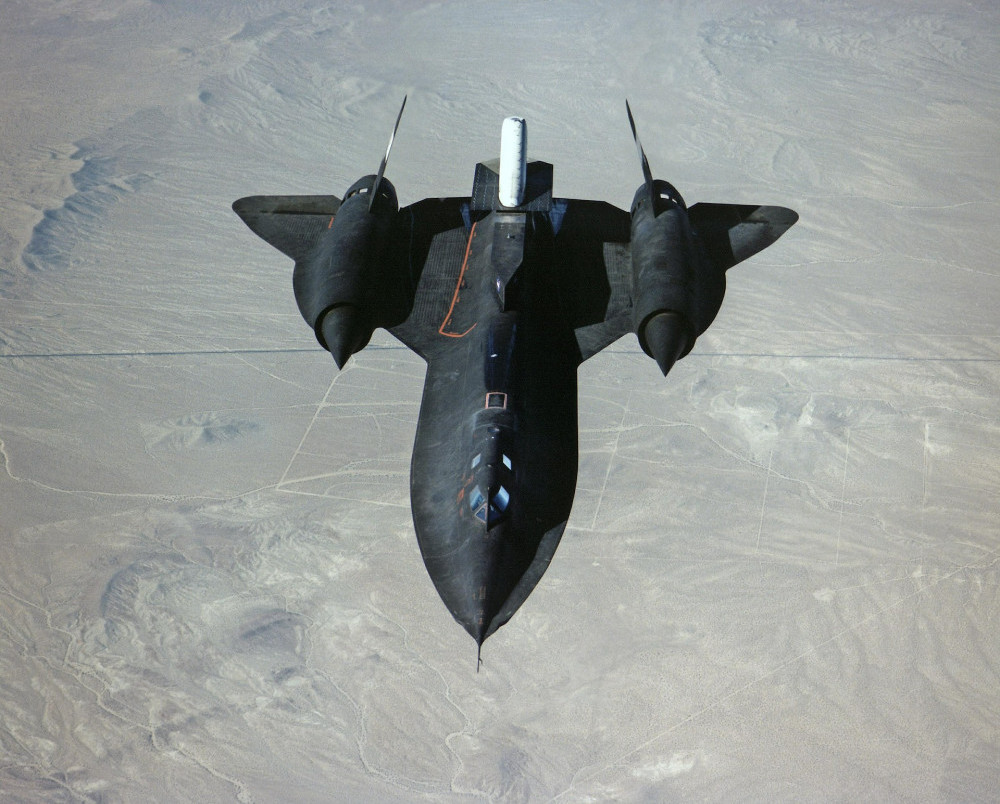 Kirchhoff black body law says a black surface is a good absorber as well as a good emitter of heat. This was important because the Blackbird surfaces can reach temperatures around 500 degrees Fahrenheit. For the earlier supersonic aircraft that Lockheed built, the parts of the aircraft that were black were where temperatures reached the highest. Lockheed researched and used their experiences to make this decision. They realized using a black, darker body will transfer the heat away from the SR-71 the best. So to maximize transferring out the energy, a black body was used.

The SR-71 was not a stable aircraft. If stability was factored, the capable speeds would not have been achieved. The engineers created a system called AFCS. AFCS stands for Automatic Flight Control System. It included autopilot, triple-redundant stability argumentation system (SAS) and a Mach trim system. The aircraft was on autopilot for a lot of the time at cruise!

10. Aircraft Had A Cool-Off Period

At cruise, the Blackbird can get very hot. But even after the aircraft lands, the body was still too hot for the crew to interact with. The pilot had to just wait in the aircraft for the plane to naturally release its thermal energy to the atmosphere. If this was not done, people could have been injured with burns. 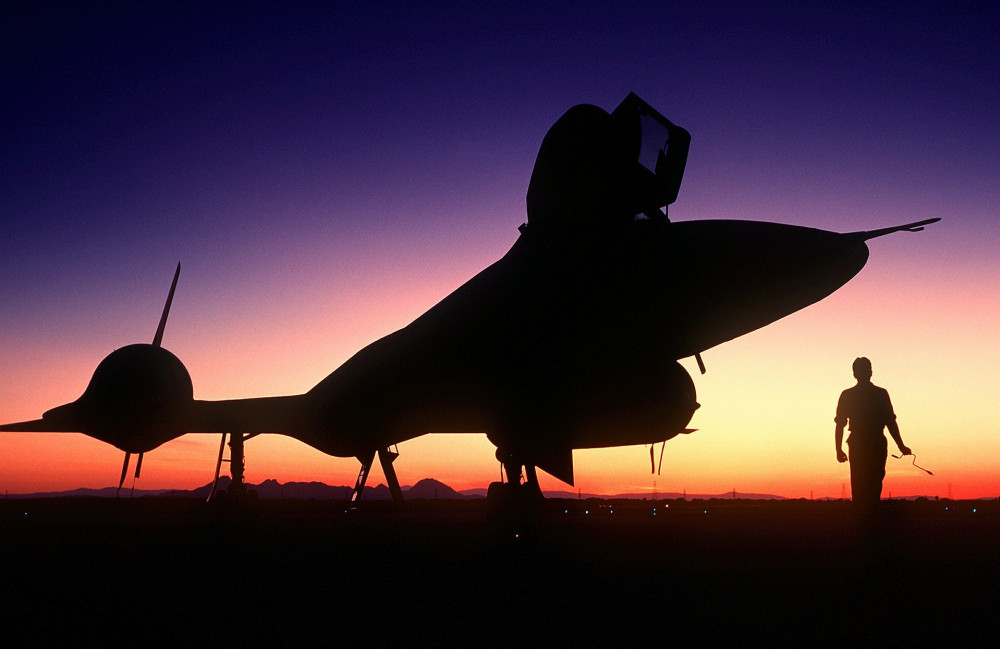 Isn’t the SR-71 such an amazing aircraft? Imagine, the technology that man was able to create back in 1966! What was the most interesting fact about the Blackbird for you? Let me know in the comments below!
Email
Facebook
Twitter
LinkedIn
WhatsApp