Can Planes Fly In Thunderstorms? 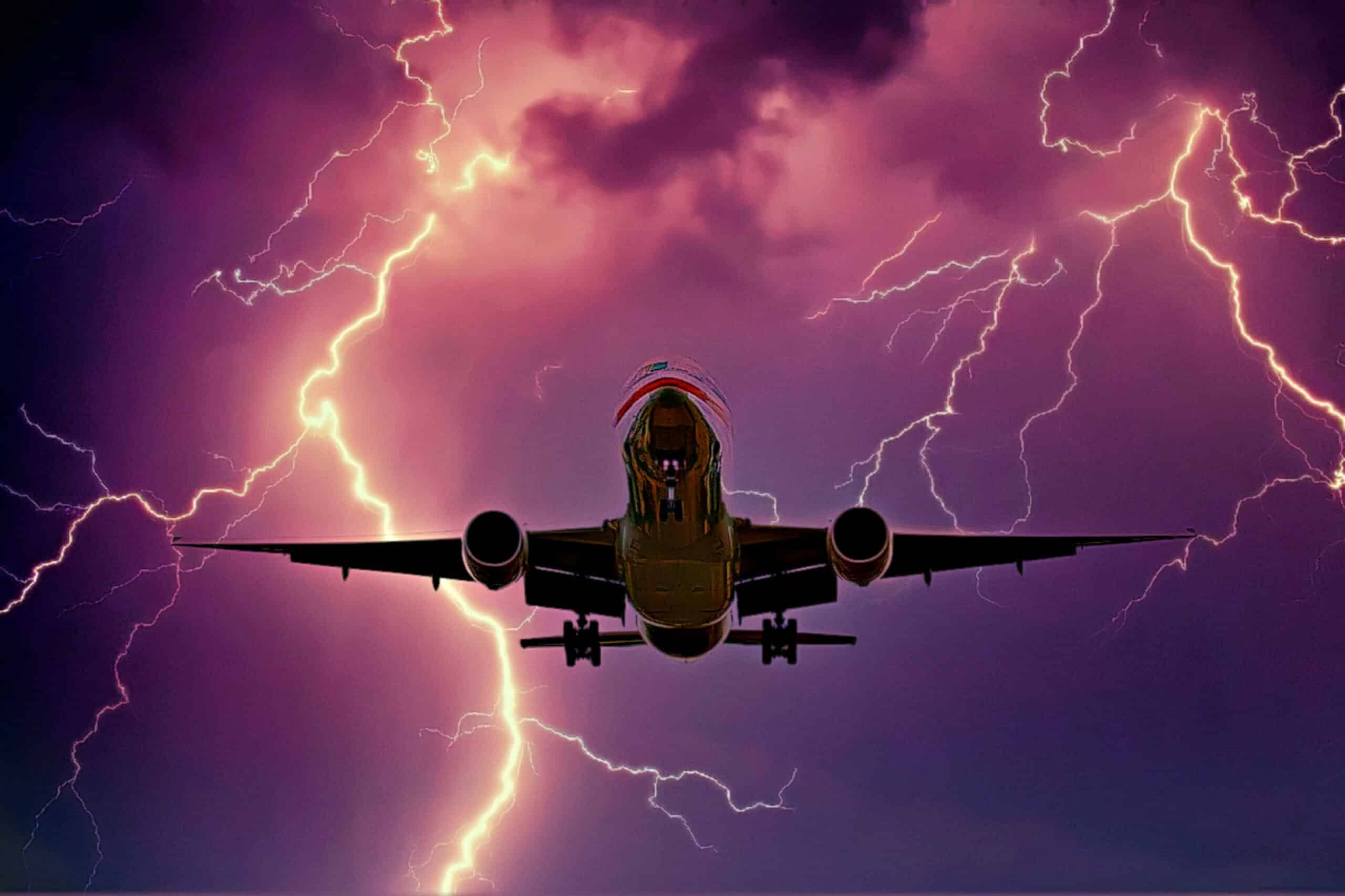 Have you ever had a delayed flight due to bad weather, then wondered to yourself “Can planes fly in thunderstorms?” Maybe the most obvious answer is a simple “no”, but it is not as straightforward as it seems. To understand if planes can fly in thunderstorms, what storms are must be understood.

A cumulonimbus is a weighty and dense cloud of extensive vertical extension. Three conditions that are needed to propel the formation of a Cumulonimbus cloud are:

Can Planes Fly in Thunderstorms

Yes, planes can fly in thunderstorms if they are designed and equipped to do so. However, depending on the intensity, thunderstorms can be hazardous to commercial and general aviation aircraft. The conditions thunderstorms bring can cause extreme damage to the aircraft and make flying very uncomfortable for passengers. If pilots are not careful while flying in storms, then there is probable cause that aircraft may encounter an incident.

Below is a list of flights that were affected by thunderstorms negatively.

Vertical movement up to 60mph can be experienced within cumulonimbus clouds. Severe surface winds caused by thunderstorms can also be hazardous, especially during takeoff and landing. The updrafts and downdrafts when a thunderstorm is in its mature stage can cause extreme wind shear conditions.

In-flight icing conditions can be worst, especially in higher levels of cumulonimbus clouds. Even though the weather is warm on the surface, icing can still be picked up by an aircraft. Icing increases the drag, weight, and fuel consumption of an aircraft. If too much ice continues to build up the stalling speed of aircraft will also increase. Most commercial aircraft are certified to fly through light to moderate icing but severe and moderate icing levels can limit the control surface movements. In the past, pilots were unaware of ice build-up on their aircraft surface, resulting in the aircraft losing altitude and controllability. 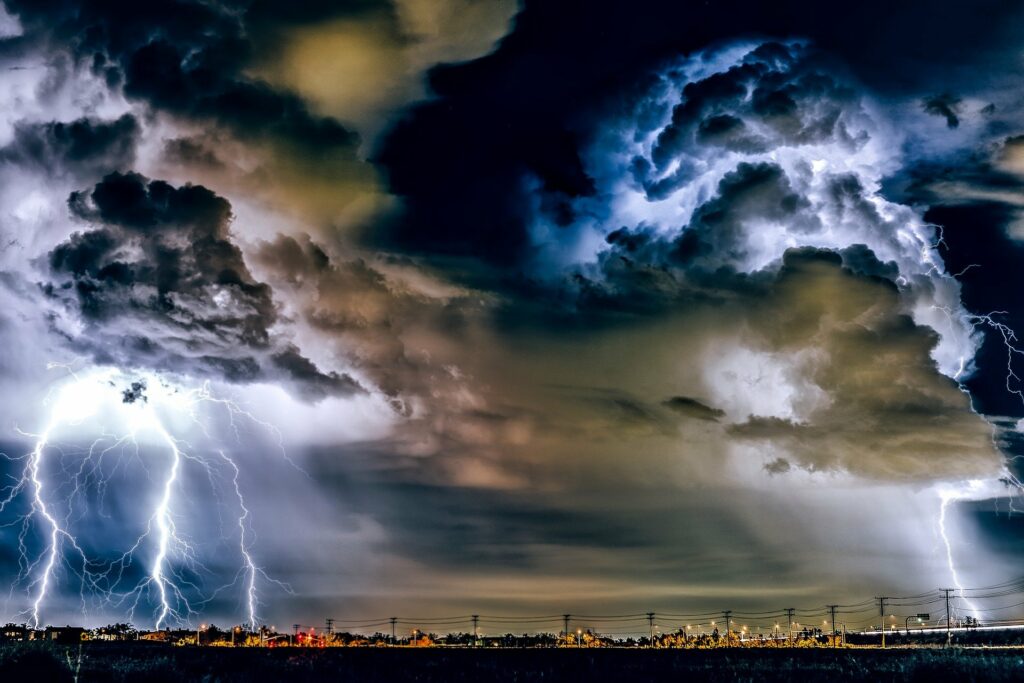 Aircraft flying in cumulonimbus Clouds vicinity may experience a lightning strike. Commercial aircraft get hit by lightning a few times a year. The average lightning strike ratio is 1 strike per thousand flights. Lighting strikes can cause electrical disturbances, which can disturb navigation systems and communication systems. Moreover, it can cause temporary blindness of crew along with aircraft damage. Check out the lighting striking this aircraft on the ground below:

A microburst is a process that occurs in the Cumulonimbus cloud that causes a strong downward draft due to severe changes in wind direction over a small area. An aircraft flying over a microburst to be expected large surge in airspeed surveyed by a dramatic reduction. If the aircraft is near landing speed or stalling speed, a sudden and dramatic decrease in airspeed led to the crash of the aircraft. Downdrafts from very severe storms can create microbursts. A microburst is a  small area of downward rushing air. This powerful weather phenomenon can happen in an instant and cause havoc to aircraft. Any general aviation aircraft’s climb rate can be easily exceeded if flows in a microburst. The picture below shows what a microburst looks like below: 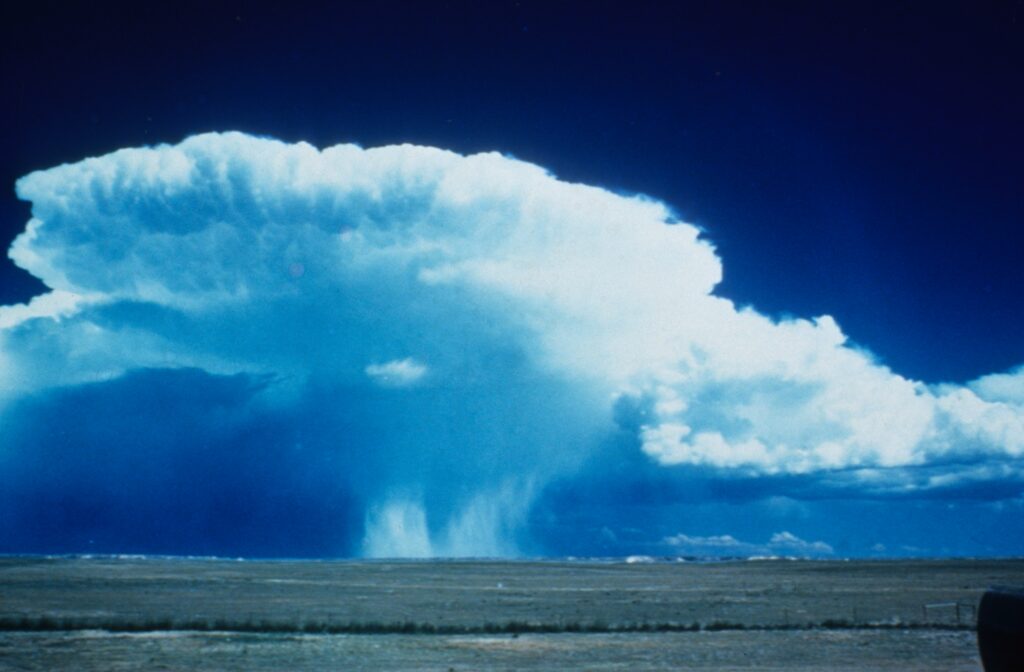 Large hailstones in thunderstorms can cause structural damage to the aircraft and its engines. They mostly cause damage to the windshield and airplane’s nose. The leading edge of the wings and the engines can also suffer damages.  Hailstones can be large as a golf ball. If the thunderstorm has an anvil, hail is likely to “shoot out” from this area.

Wind shear is a sudden, drastic change in wind speed and/or direction over a very small area. These sudden updrafts and downdrafts can cause an aircraft to lose normal attitude flight, and performance. Pilots must be very aware of airspeed, especially on the final. A headwind can shift to a tailwind rapidly, and vice versa causing you to gain or lose airspeed. Some aircraft are equipped with a wind shear warning. If a pilot received this warning while landing, some have a procedure to immediately apply full throttle and abort the landing. Check out the video below of a flight crew experiencing the wind shear warning.

How to Deal with Thunderstorms

It is possible to predict conditions that will initiate the formation of CB clouds today. The flight crew is informed by forecasters and using aviation charts about the time, location, and direction of these clouds. It is recommended to remain at least 20 nautical miles from a thunderstorm. This is great emphasis on general aviation aircraft. Planning can then be done to avoid them as much as possible in flight.

Awareness of conditions that can cause the formation of CB clouds. Signs with reading weather charts, knowing how the atmosphere is behaving, and using experience can help decide if thunderstorms might be encountered.

In addition to visual acknowledgment, Weather Radar is a predominantly valued aid to avoiding thunderstorms. Aircraft weather radar permits the flight crew to recognize the areas of the storm cloud by reflecting major water droplet regions. The more precipitation detected will generally indicate that the section of the storm will present worse conditions. Pilots must evade flying through these areas to have a smooth flight as possible.

In certain conditions or situations, navigating through a line of cumulonimbus clouds is the only option for the flight crew. In such situations, the pilots will need to judge the least dangerous track to follow through the line of storms.

In some parts of the world, if lightning is striking on an airport, then ground operations are paused. This is to protect crew and workers from getting struck.

Thunderstorms are concerning aviation. Depending on the intensity, flight operations can become much more difficult. If flying occurs during a thunderstorm, then the crew has a plan to avoid flying right through and getting to the destination safely.

PrevPrevious PostBest Follow Me Drones On The Market 2022
Next PostCan Planes Fly With One Engine?Next