Can Planes Fly With One Engine? 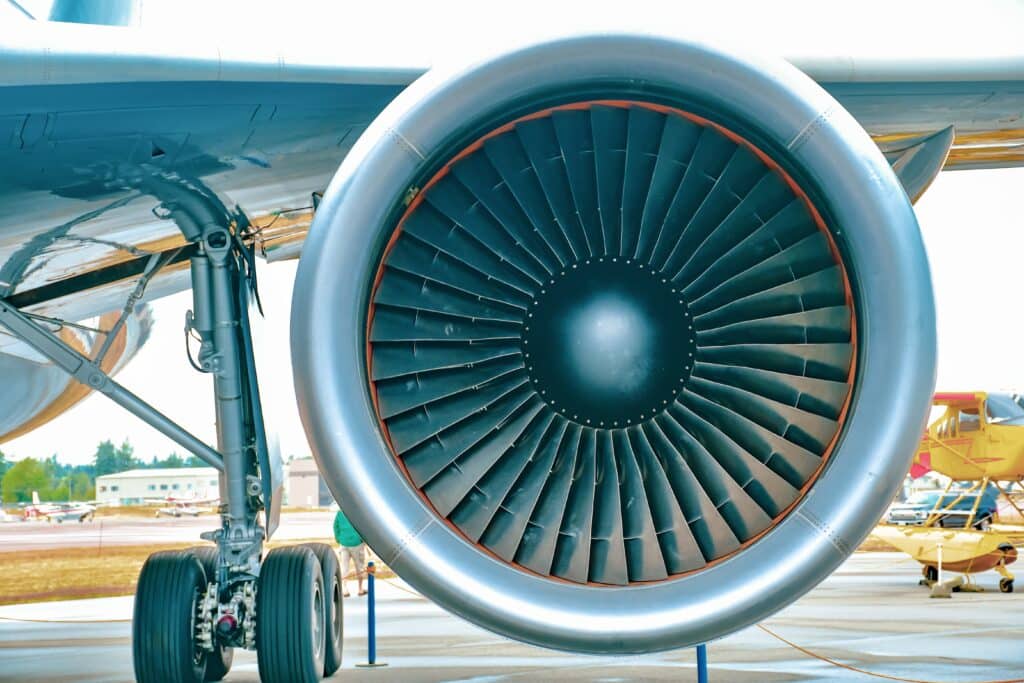 A twin-engine aircraft can fly flawlessly on only one engine. It can even continue the flight and safely land with just a single engine. Moreover, in-flight engine failure is not typically a life or death problem. Crew members are given extensive training to handle such occurrences.

What Do the Pilots Do if an Engine Fails?

All pilots are educated to stand by aviation principles irrespective of the harshness of any airborne event. One of these principles goes:

The crux of these 3 words is to enhance the safety of flight and priorities flying first by taking and keeping control of the aircraft. Navigating on the correct route and knowing where you want to go is second. Finally, you want to communicate with appropriate parties, starting with Air Traffic Control.

Compared to the number of successful flights that are being completed every day, engine failures are quite rare. According to the FAA, turbine engines have a failure rate of one per 375,000 flight hours. Although they do not happen a lot, in reality, does not mean pilots are not prepared to handle the situation if one was to occur. Hours of modern simulators are used to access pilots’ capabilities with engine emergencies and other failures.

Operation of Twin Engine Aircraft After One Engine Failure

During normal operation of aircraft, thrust is symmetrical and controls are easier to be controlled. When an engine fails, aircraft performance is reduced and more thrust is needed. This is required to maintain a desirable airspeed. This asymmetric thrust will produce a yawing and rolling movement of the Aircraft. If this is left uncorrected, the loss of control of the aircraft can occur. This has to correct manually by pilots through the use, primarily, the rudder pedals to move the rudder in an offset direction for stability.

During normal operation, jet aircraft can fly at altitudes up to 40,000 feet.  With an engine failure, the aircraft will unable to maintain its normal cruise altitude. It is expected to descend to a lower altitude, such as 15,000 feet, for example, depending upon the payload. Although the aircraft will be at a lower altitude, the plane can stop its descent and allow pilots to prepare for an emergency landing.

Many aircraft systems are powered when the engines are working. Electrical power, hydraulic pressurization, pneumatic system, and aircraft pressurization are systems that are powered when the engine is on. When there is an engine failure, then some of the non-essential systems will be off, and/or backup systems will come online. This varies for different aircraft make and models.

Losing the engine will affect landing performance in several ways. One engine landing condition would require different settings of control surfaces and flaps. Landing with lower flaps increases the stopping distance because a higher landing speed has to be used. The crew carefully considers which airport they should elect for landing. Moreover, airport weather and runway length will also play role in this consideration of choosing an airport. All of these preparations are to make the landing as safe as possible.

Different aircraft types have different handling procedures and switch names. However, the basic procedure is the same to secure the engine for safe flight and safe landing.

These steps are typical as follows:

Air-France flight 66 registered F-HPJE was scheduled to fly from Paris to Los Angeles. On the 30th of September 2017, the A380 was en route and during the cruise, an uncontained engine failure occurred. The pilots descended the aircraft and diverted to Goose Bay, Canada. After 2 hours, the aircraft landed safely with zero fatalities.

Southwest Airlines Flight 3472 was operating a Boeing 737-700 on August 27th, 2016. The flight was scheduled from New Orleans, Louisiana to Orlando, Florida. While climbing, the left engine failed and parts of the cowling came off. The aircraft diverted to Pensacola International Airport in Florida for a safe landing after 20 minutes. They were no fatalities or injuries on the flight.

Flight 383 American Airlines Boeing 767-300ER was scheduled from Chicago to Miami on October 28th, 2016. The right engine failed during the takeoff phase of the flight. The pilots aborted takeoff and evacuate all persons on board. A fire followed afterward, which destroyed the outer right wing. They were no fatalities from the event.

Most Dangerous Phase of Flight during an Engine Failure?

For a flight deck crew, the most challenging phase of flight is to have an engine failure during the take-off. However, pilots are briefed and trained to know exactly what to do if such an occurrence happens. A wide range of training is provided for this situation and pilots keep proficient in these situations using simulators. For example, if indications of an engine failure occur before specific airspeeds, the pilot knows that they have to abort the takeoff. They must safely cope with this scenario to show compatibility with the situation.

No Problem for These Modern Aircraft

PrevPrevious PostCan Planes Fly In Thunderstorms?
Next PostHow to Use a Drone for FishingNext