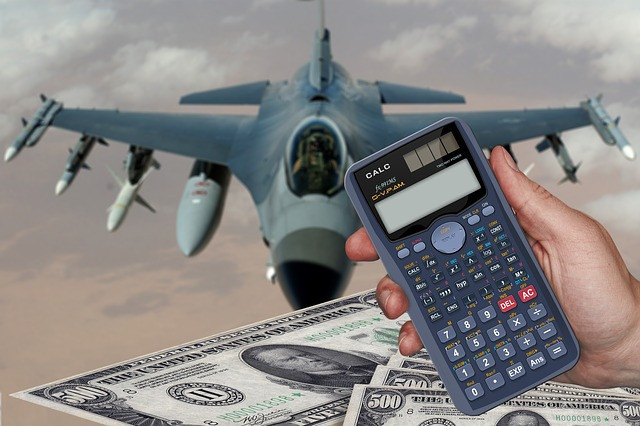 We know, flight training and renting an airplane is not cheap. Why is it so expensive to fly? What must be paid for in order to operate an aircraft?

I believe if money was not a option, all the aviators I personally know, would happily own an aircraft. Typically, the bigger and faster the aircraft, the more expensive it will be. Weight is generally used to determine how “big” an aircraft is.The price to purchase a plane is definitely not the only thing that must be factored in aircraft ownership. They are many other things that must be considered if you want to own your own aircraft one day.

You must first need to know what type of plane you want. What missions will it be used for? How fast would you like it to go? How far you want to fly without making stops? The newer an aircraft, the more money you should be ready to cough up. Most aircraft owners bought used aircrafts because they are much more cheaper. The model of a 1990 aircraft can cost less than 70% than a model coming out this year! It might not have your newest G1000 avionics, but it still flies. Majority of owners finance their aircrafts. Even the richest do not have $1,000,000 to “cough up”.

Here Are the total cost for some popular aircrafts (In $USD).

Believe it or not, your aircraft will not be flying 24/7. It needs somewhere to stay when it is not in the air.

You want to park and store your bird at a close local airport so when you are ready to go, you can go. The thing is, this is not free. They are fees to park and store an aircraft. Of course, the bigger and heavier the aircraft is, the more expensive storage will be.

Where you park this will also be a factor on cost. If you decide to park in a hanger instresd of using chocks and tie downs, then storage will be more expensive. Here are some average storage fees for the aircrafts.

Even if you have a clean, brand new aircraft, you need to maintain it. The older an aircraft, the more it will typically cost to maintain. You might have to do some work to ensure your aircraft is in top shape. Repairs such as installing a new ELT, changing burnt out lights or cleaning should be a normal habit for owners.

By the Federal Aviation Administration (FAA), all aircrafts need to have an annual done. This is every 12 calendar months. They are also other maintenance that need to be done , by regulations, depending on the mission and flights used by the plane. Considering all of this, here are some numbers.

Just like your car, insurance will be needed. This also means different people will have different plans and receive different rates. For example, a commercial pilot with 1000 hours will get a better rate than a Private Pilot with just 100 hours. The type of aircraft, how old the aircraft is and where the aircraft will be stored are other factors insurance companies look at. Here are some examples.

The more you fly your aircraft, the more expensive it will be. Where the plane gets it fuel is a big factor with this cost also. Most general aviation aircrafts burn 100LL fuel. If you own a jet, you are likely to use Jet-A fuel.

How you burn that fuel is also up to the pilot. Pilots can calculate their hourly fuel burn for their aircraft. You can fly where the wind is more favorable, or fly slower to burn less fuel, thus spending less money.

100LL can cost $3-$7 per gallon. Jet-A is around the same price. But you can bet a Cessna citation jet will burn more fuel than a light single engine piper warrior.

Is it worth it?

To the average person, these prices are too expensive and can not fit this in his or her budget. Almost every aircraft owner will tell you that it is not cheap to own your own plane. However, they will also tell you they are less miserable without it.
Here are estimate ownership cost, without purchase cost, of the aircrafts flying around 250 hours a year.

This is why it is incredibly rare for an individual to have their own private jet. Jets are typically own by companies, who offer services. To meet lower cost, one airplane can be owned by more than one person. Splitting the cost with a buddy and bringing the price to half is a great investment to consider. Just have to come up with an agreement as to when each person can use the aircraft.

When you have posession of something that you love, cost becomes secondary at that point. Depending on what these owners are using their aircraft for, their aircraft can be an asset, not just a hobby. Aircraft owners are using their “birds” for business meetings. Some use it to save time on traveling instead of driving to family. Many have it to help out a charity and organizations. These aircrafts have their benefits and it all depends on what you do with it.

If you can own an aircraft, what would it be? Share your comments below!

4 thoughts on “How Much Does A Plane Cost – Can You Afford One?”