Can Planes Land On Water? 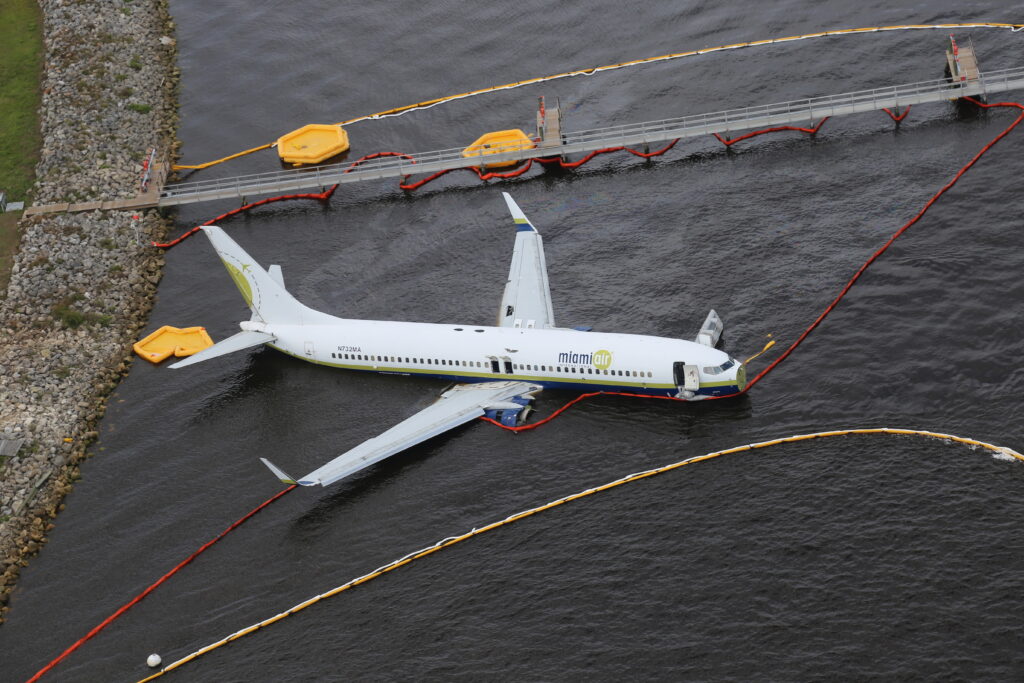 Most aircraft land and take off from an airport on land. Wheels are what support planes to move along the hard surface. But what about water? Although conventional planes can land on the ground, will they be fine on water?

In aviation, “water landing” or “Ditching” is the synonym used for crash landing into the water of an aircraft that was designed for it. It is rare when the control cabin crew knowingly decides to control the emergency landing of commercial aircraft or any other aircraft on a body of water it was not designed for.

A water landing is unpredictable when you land at a very high speed; it can break the aircraft similarly to hitting the land. However, if the aircraft makes contact with the water in the right way; the water slows down its momentum without destroying it. Most ditching deaths are from passengers and crew drowning, not with immediate impact. How successful persons can escape is very crucial for survival.

The FAA implemented the regulations for commercial aircraft based on routes, and the number of passengers and operators to carry emergency equipment containing floating devices (Slides rafts, escape sides, and life jackets). Moreover, The FAA does not necessitate commercial pilots’ training for ditching, but airline control cabin crew must be trained on the standard evacuation procedures.

A few planes are designed so that it does not sink immediately if a water landing was needed. Some manufacturing companies designed aircraft with the perspective of a water landing or ditching, such as Airbus, have the feature of a “ditching button” to close all the valves and underneath the opening. They close: 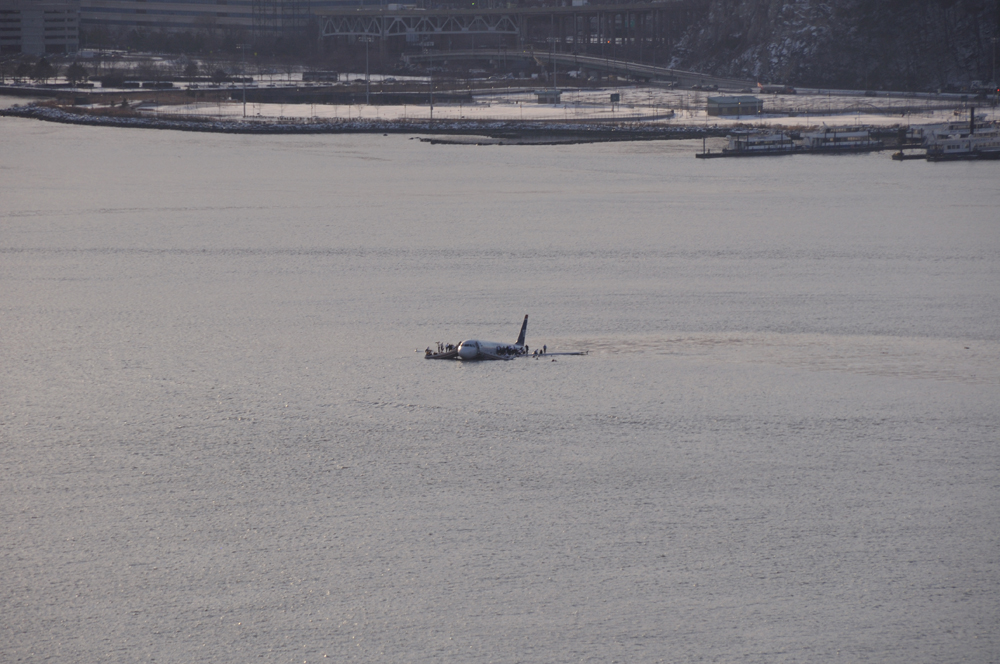 When the pilot realized that both engines had shut down, flamed out and the aircraft is unable to reach the nearest airport for an emergency landing, a quick decision had to be made. After reaching the altitude of 3,060ft, the aircraft started descending at 210 knots. When the plane was above the George Washington Bridge, captain Sullenberger planned to water land or ditch into the Hudson River. About 90 seconds later, at 3:31 pm, aircraft A320-214 made an unpowered ditching, the inside of the North River sector of the Hudson tidal.

Sullenberger was ordered to evacuate the cabin. The cabin crew began evacuating the passengers through 4 overwing windows and a slide raft operated from R1 (right front door). All 155 passengers survived!

Many Peoples call this incident of a water landing a miracle because it was not normal for an emergency like this to have such a successful outcome. This occasion has been named the “Miracle on the Hudson”. A movie was also created, showing what happened. This was a safe landing more than a crash water landing. The A320, fortunately, made the landing, managing to stay “afloat” while passengers evacuated.

Boeing 737 Water Landing into the Sea of Honolulu, Hawaii

A Boeing 737 flight was routed from Honolulu to the Island of Maui Kahului Airport; when it departed from Daniel K Inouye International Airport, its first engine cut off. The second engine was runny too hot, and they were losing altitude. 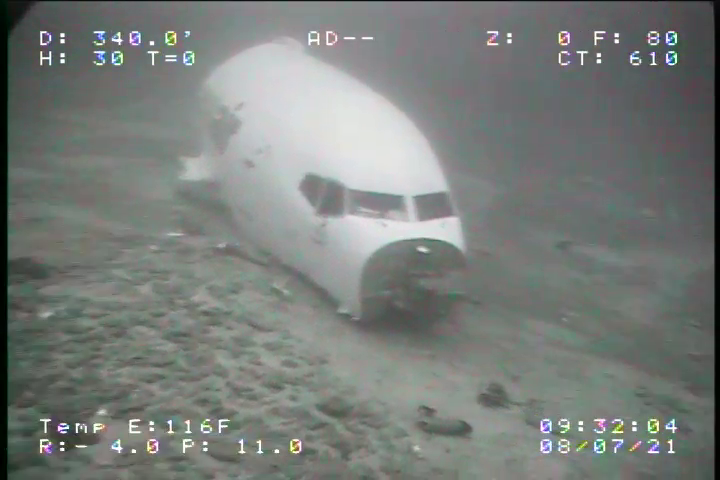 The pilots knew that they were in trouble. They tried to return to Daniel K Inouye International Airport, but they realized they are unable to do so because they were losing altitude fast. Because of this, they were forced to ditch to the water. They did so at about 1:30 a.m. local time.

The Coast Guard of the United States found the debris of B737 at about 2:30, after 50 minutes of getting the initial alert. They found one pilot on the tail of the aircraft, Lieutenant Gleb-Borovok. The second pilot was found floating on a bed of cargo. Both pilots survived, but they were injured. They were sent to Honolulu’s Queen’s Medical Center for treatment. One of them, who is 58, was in critical condition and intensive care.

When the three Ethiopian men took control of the cockpit they threatened the pilots of blowing up the aircraft if they do not comply with their demand. Moreover, they lied and said they were a team of 11 persons on board. They also addressed the passengers and crew by intercom that if someone interfered, they will blow up the aircraft.

The aircraft was out of Fuel, and Captain Leul notified the hijackers. Still, they ignored the warning, and the pilot began to prepare to land the aircraft at the International Airport of Comoros; However, the left engine flameout! After a few moments, they also lost the right engine.

Hijackers told captain Leul to land at a speed of more than 175 knots, and the pilot tried to make an emergency landing. Still, while fighting with the hijackers at the last minute, the captain lost the visual point reference and didn’t locate the airport. He ditched the airplane in the shallow water parallel to waves for a smooth water landing. Unfortunately, the left engine and wingtip hit the water, and the aircraft broke apart. 125 Passengers, including three hijackers, died, 46 got injured, and 50 survived. The event was videoed by a person on the beach.

These Events are Very Rare 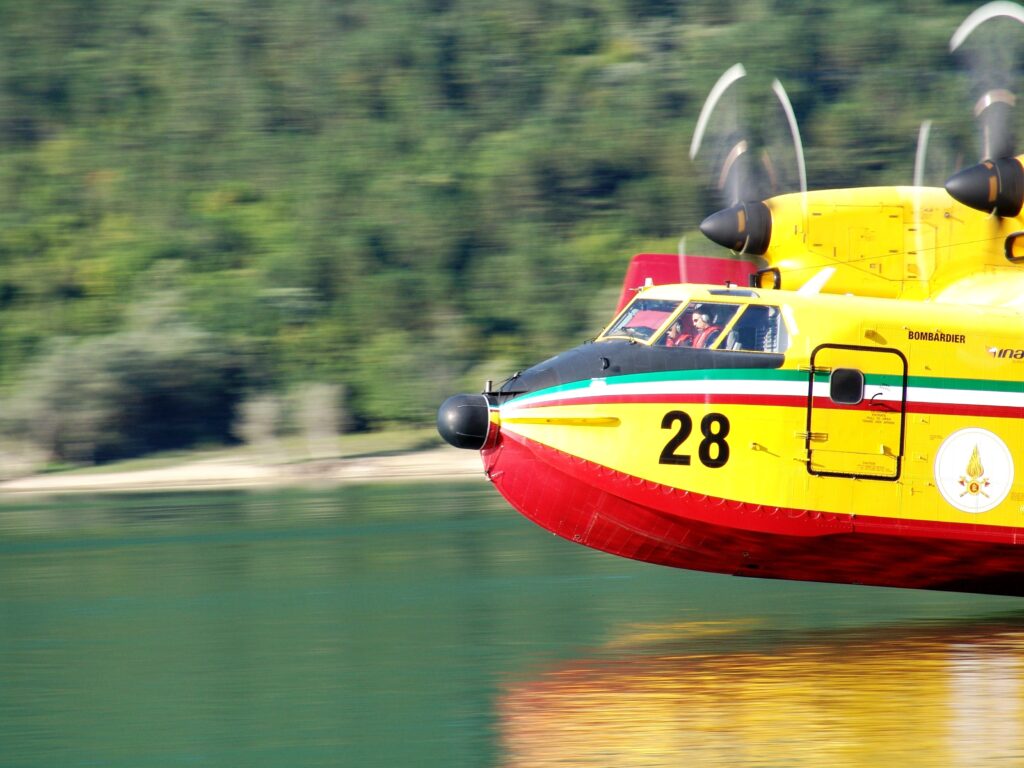 Landing on the water can be unpredictable, especially at very high speeds. The landing can stop the aircraft safely similarly to landing on land. However, it depends on how you land the plane and the type of aircraft used. If you land in the right way, it would be successful and safe for all passengers, like the Hudson River landing. But, if you hit the water the wrong way, it could be catastrophic. Water landing and ditching are rare and precautions are implemented in procedures to keep you safe and out of harm’s way.