Is It Safe to Smoke in a Plane? 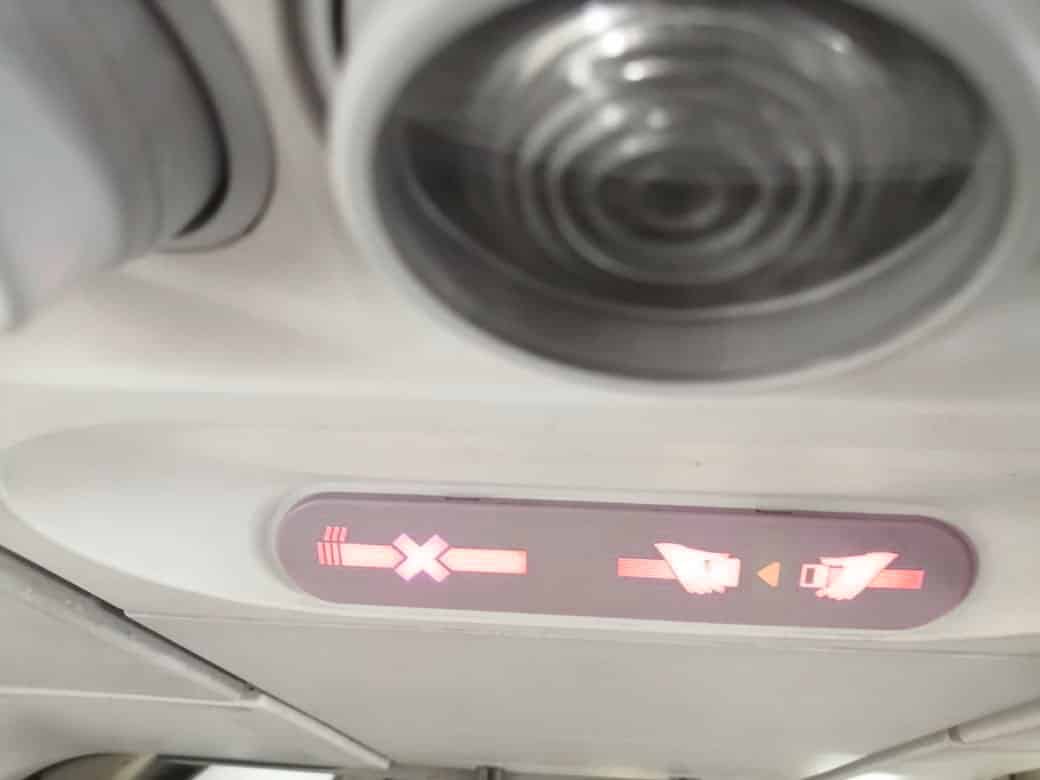 Ever been on a commercial flight with the non-smoking sign on? Ever wondered since the seatbelt sign can be turned off, why not the non-smoking sign? Believe it or not, long ago, passengers were able to smoke on flights! Today, smoking is not acceptable on almost all commercial flights. In-flight smoking is linked with many consequences. The risk it brings is why during flight, smoking is banned by all airlines to comply with legislation requirements.

Ralph Nader, an advocate in 1969, was the first person who requested to ban smoking on airlines. This request was supported by flight attendant unions because crew members were suffering from smoking issues, harming their health. In 1971, United Airlines created separate sections for smokers and non-smokers for the first time. Then in 1977, Aurigny Air Services completely banned in-flight smoking for the first time.

Accident Due to Inflight Smoking 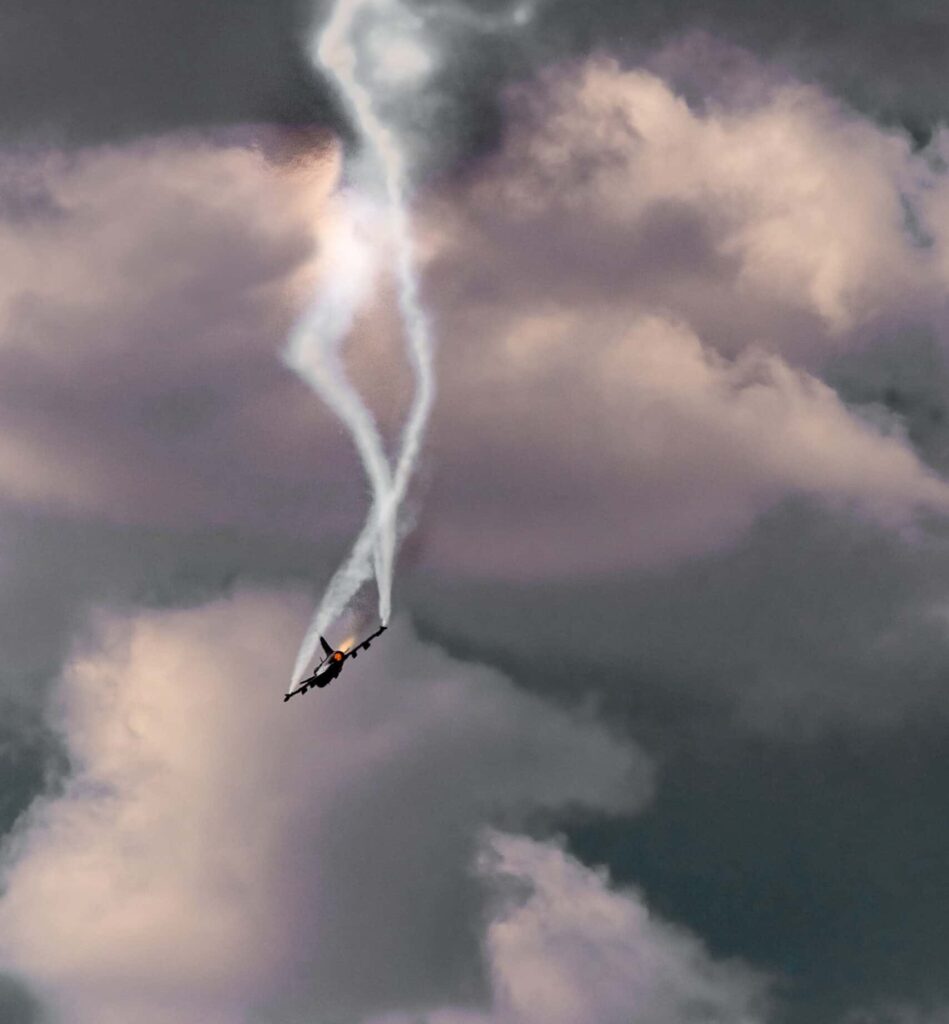 Federal Aviation Administration (FAA) banned inflight Smoking after the crash of Varig Flight 820 in 1973. The lavatory waste bin caught fire after a suspected lit cigarette was thrown into it. later on, Air Canada flight 797 crashed on June 2nd, 1983. 23 passengers died due to a fire that originated from the aircraft’s lavatory. Inflight smoking was linked with many consequences in the past. This was evident from these two accidents. 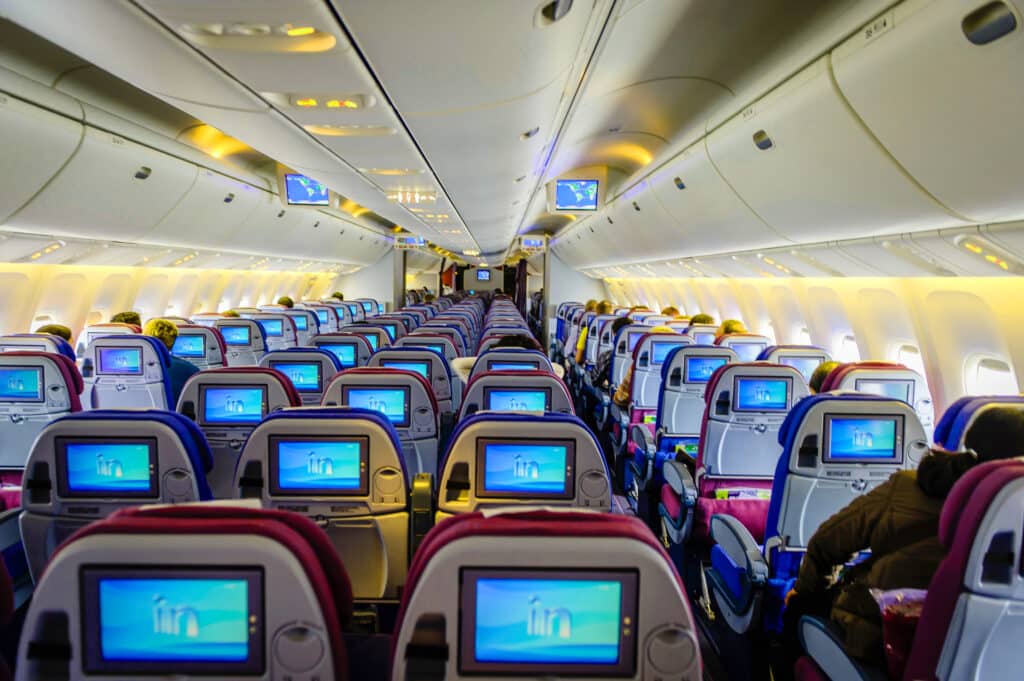 In 1992 ICAO (International Civil Aviation Organization) approved resolution A29-15 to restrict smoking on all flights. This aimed to reduce the health hazards of passengers and cabin crew. Moreover, it enhances the safety of aircraft and passengers. The Governments of the United States, Canada, Australia, and New Zealand passed the agreement to ban smoking in aircraft cabins including the cockpit. FAA rule 14 CFR part 252 states the implementation to ban inflight smoking, smoke detectors installation in the lavatory, and no smoking signs in the cabin and lavatory. 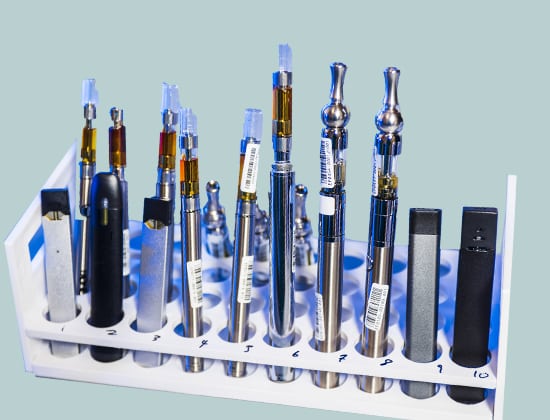 After the electronic cigarette invention, it becomes a trend for people to smoke in smoking-sensitive areas. This was because e-cigarettes were seen as the least risky alternative to traditional cigarettes. There have been incidents of passengers starting inflight smoking with e-cigarettes. For example, in July 2019, Air China made an emergency landing when cabin oxygen dropped due to electronic cigarette smoking.

Why Do Aircraft Lavatories Still Have Ashtrays? 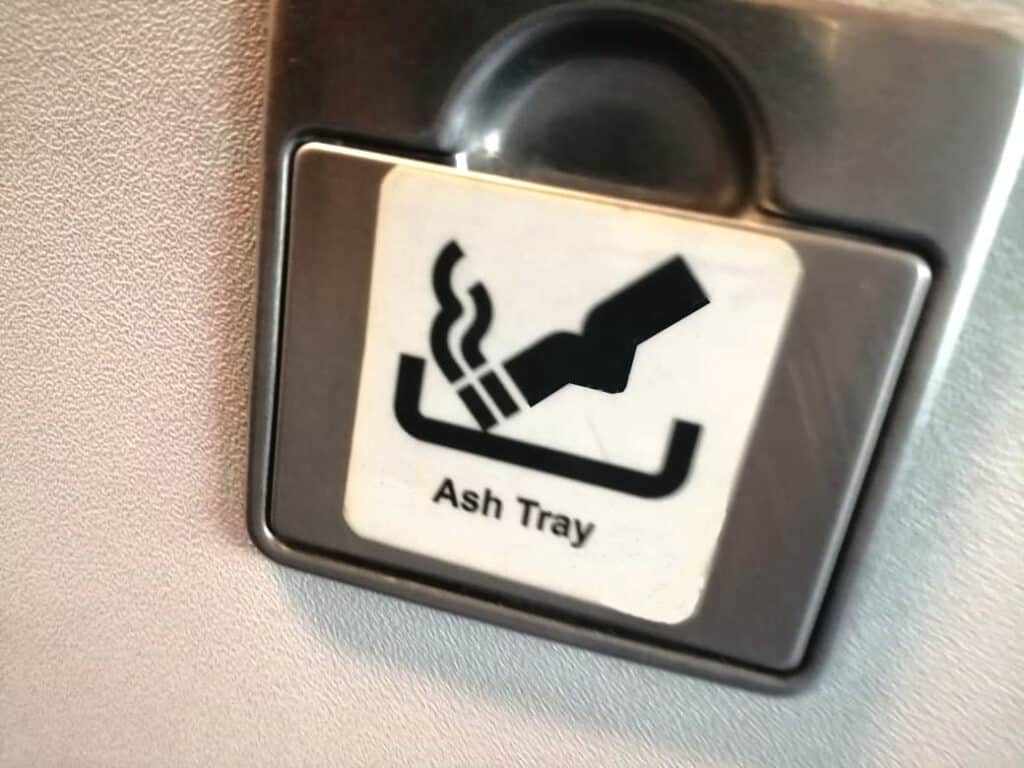 Although the worldwide exclusion and no-smoking signs in the lavatory, Federal Aviation Administration (FAA) rules mandate that functioning ashtrays should be visibly situated on the doors of all aircraft lavatories. This is because there must be a safe location to dispose of a lit cigarette for the safety of aircraft and passengers if someone happens to violate the no-smoking regulation.

Fines for people who do not follow the rules of inflight smoking vary from 500$ to 2000$ depending on Airline. Flying bans and other legal actions can occur if someone smokes on a flight. Moreover, the smoke detector tampering fine in some places can be $2,000.

In-flight smoking is linked with many consequences. Fire while flying at 35,000 feet is a bad mix. That is why during flights, smoking is banned by all airlines. Smoke detectors and no-smoking signs are installed in overhead panels to enhance the safety of aircraft and passengers.